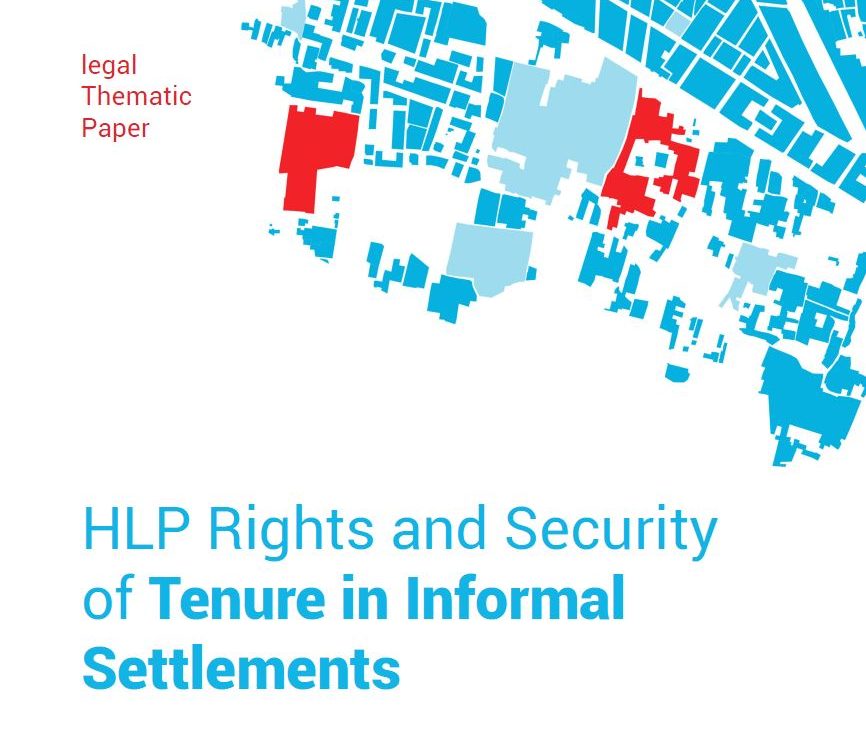 Security of tenure refers the level of effective protection enjoyed by individuals and groups against evictions — the permanent or temporary removal against the will of individuals, families and communities from the home and the land they occupy without the provision of, and access to, appropriate form of legal or other protection. Through the legal framework of housing, land and property (HLP) rights, the state acts as the foremost entity safeguarding security of tenure for its population.
However, populations residing in informal settlements tend to lack entitlements under the state’s HLP framework and therefore have limited protections and recourse to justice in cases of eviction. Weak tenure security of this nature has long existed in Syria’s numerous informal housing areas. The past decade of conflict has further eroded security of tenure in these areas as violence and severe structural damage caused their populations to flee elsewhere for safety and adequate shelter. As such, policy decisions related to urban planning and reconstruction in Syria will have a profound impact on the fate of informal settlements and the ability of informal tenure holders to return and gain access to adequate housing.
Accordingly, this legal analytical and policy paper assesses both the development and current state of HLP rights and security of tenure in informal settlements with the aim of informing future international programming and domestic policy decisions addressing or otherwise impacting informal settlement communities in Syria. By considering the historic governance, legal and policy context of urban informality in Syria, this paper builds on extant Syrian policy and law to identify the most effective and feasible means to promote security of tenure in informal areas as the country rebuilds.