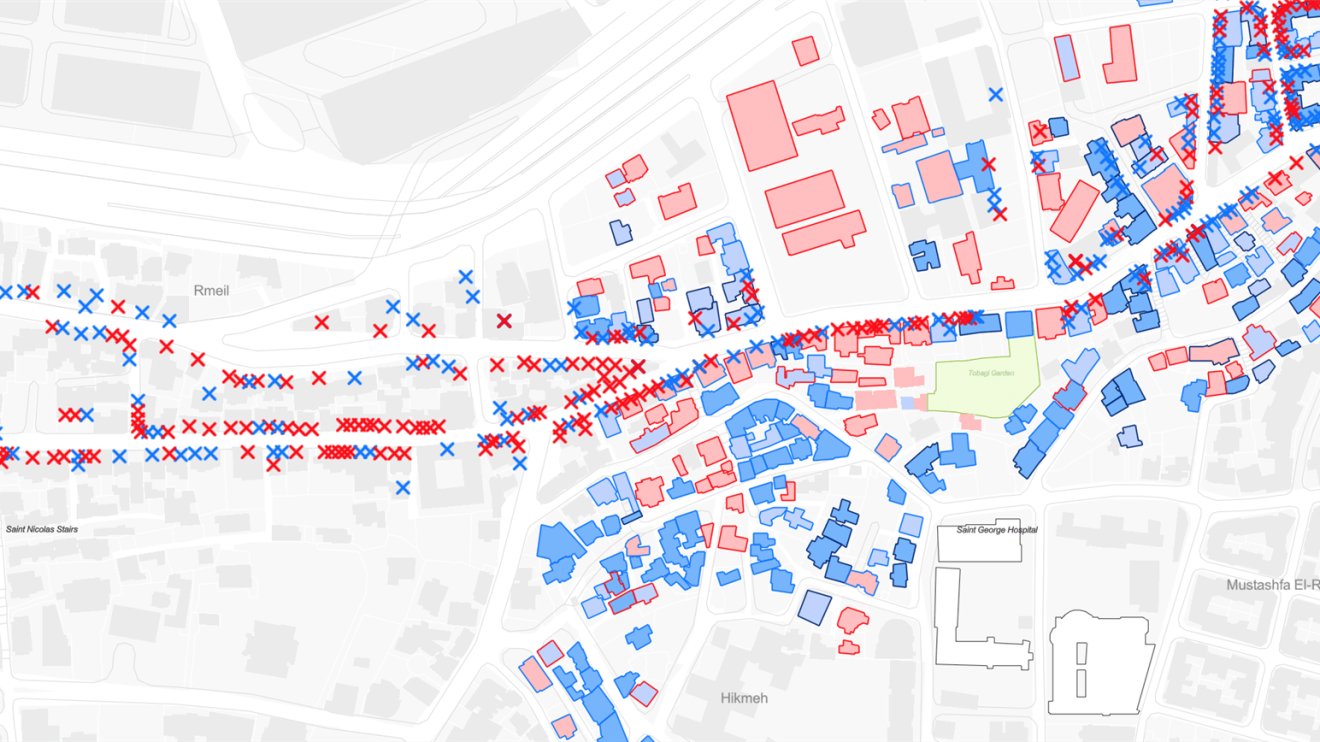 The Arab land initiative launched the Twinning Arrangements for Exchange of Knowledge, Experiences and Networking in Land Governance for 2021. The exchange between American University of Beirut and the Lincoln Institute of Land Policy has concluded with funding from BMZ, GLTN/UN-Habitat they were able to successfully complete the Beirut Land Dialogues.

Beirut Land Dialogues is a series of deliberative workshops that brought together stakeholders from the urban land sector to assess past practices and forge possible pathways for more equitable and viable future practices.

Between October 2021 and March 2022, the Beirut Urban Lab (BUL) along with the Lincoln Institute of Land Policy 1 (LILP) held a series of deliberative workshops, the Beirut Land Dialogues, bringing together stakeholders from the land sector. The premise was simple: land is a central node of the ongoing economic collapse and any recovery strategy will have to conceptualize its role. The deliberative process was also the obvious choice: Stakeholders in this sector disagree on both the reading of the previous phases and the visions of the future. As such, the deliberative method provided the space for stakeholders with divergent interests to gather periodically and share worldviews, and clarify positions.

Despite the hardship it has unilaterally (yet inequitably) imposed on Lebanon’s populations, the crisis also offers a fortuitous moment to initiate a conversation about the place and role of land in the national economy. It yielded an increased willingness among stakeholders with divergent interests to collaborate. Thus, even those land actors who had benefited from neoliberal property laws and lax taxations showed willingness to reconsider the land policy framework. Building on this opportunity, the Dialogues allowed for a space where potentially sizable concessions could be afforded towards more sustainable and equitable land policies in the country.

If the Dialogues sought to make one point clear, it is that a radical reversal in the approach and management of land is urgently needed. Having essentially served as a magnet to attract foreign capital for decades, land has lost in Lebanon its social roles. Instead, public policies have exacerbated social inequalities, generated negative environmental externalities, and weakened public planning and finances, effectively contributing to the making of the ongoing national crises.2 In many ways, the currently proposed public responses to the crises approach land with the same (failed) recipes that were deployed in the preceding decades. This is most eloquently materialized in the proposal for a so-called “independent debt relief fund” that would absorb publicly held land and use it as asset to compensate private financial losses, effectively maintaining an approach to land as sheer collateral asset in lieu of productive ingredient.3

True, deliberative dialogues cannot shift the balance of power or modify the vested interests that shape land policy. It was indeed evident that few of the developers and/or realtors who participated in the Dialogues were willing to reconsider the privileges that the sector had garnered. Yet, the model demonstrated a potential in clearing misconceptions, shaping a shared vocabulary, and possibly highlighting intersecting positions where consensus can be reached on specific issues (e.g., betterment taxations). As we look forward to the next round of deliberative dialogues, and remain committed to the methodology, we believe that this process can only succeed as part of a set of wider strategies that include more rigorous advocacy.

The published report covers the main topics discussed during the six Dialogue sessions. These sessions were organized around [1] assessments of previous and future roles of land in Lebanon’s economic model, [2] explorations of the challenges of planning and [3] investigations of potential reforms to secure equitable and effective land policies. Each session began with a researched presentations 4 that grounded discussions with facts and allowed participants to move beyond polarized positions. Three main outcomes could be pointed from these curated sessions: (i) clarifying concerns, (ii) building a common vocabulary, and (iii) convergence towards immediate revisions of land betterment policies.

2 Since October 2019, Lebanon has gone through overlapping and severe economic, financial, and political crises. Over that period, the Lebanese pound has lost between 70-90% of its value, inflation is skyrocketing, and at least one in three individuals in unemployed according to the World Bank’s more recently released figures.

4 Contributions were made by the Beirut Urban Lab, The Policy Initiative, ALDIC, the Lincoln Land Institute for Land Policy, and were facilitated by many participants during the sessions, particularly, public sector employees.