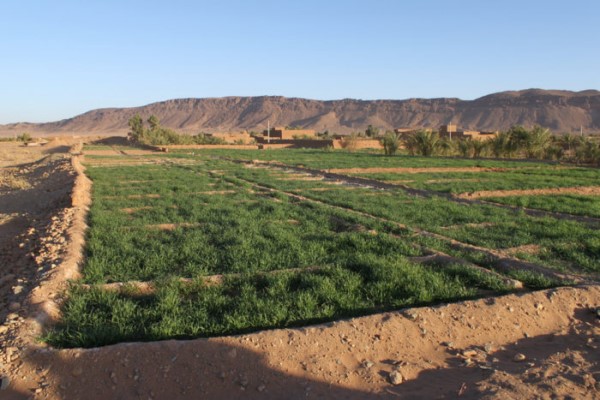 The government has approved 116 projects valued at MAD 81 million for 93 “sulaliyat” groups, who hold the rights to communal agricultural land.

The projects, which were approved this year, aim to support income-generating projects (link is external) for rights holders, said Minister of the Interior Abdelouafi Laftit on Wednesday, November 7.

Laftit was speaking at a presentation on a draft sectoral budget of the Ministry of the Interior at the House of Representatives, Maghreb Arab Press reported.

Communal land, Laftit said, is a lever for development not only for the rights holders, but also for the state, considering the land’s undeniable role in economic and social development and investment promotion.

On Wednesday, the minister indicated that the interior ministry is constantly taking measures to identify and ensure the registration of communal lands for management and development.

The focus is primarily to identify and register land until land titles are established. An estimated 15 million hectares in Morocco are communal lands.

Laftit explained that the government has identified 450 communes to be titled on an overall area of ​​336,664 hectares.

The procedure established 341 lists of rights holders to receive land titles and 123 agricultural lands on 59,000 hectares.

Laftit noted that the interior ministry’s efforts are currently focused on speeding up the pace of land titling, in coordination with the Ministry of Agriculture.

In his speech (link is external) at the opening of Parliament for the new legislative year on October 12, King Mohammed VI emphasized the importance of using communal agricultural land for investment projects in farming. It would “serve as a powerful lever for improved economic and social conditions, especially for rights holders.”

“This should make it possible to secure at least one million additional hectares of this land,” the King said.