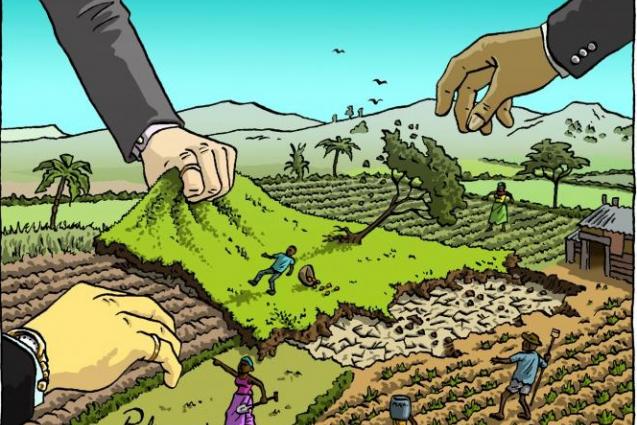 Following consultations organized by the Head of Government and the organization in December 2015 of the National Land Policy Foundation, a process was launched for the preparation of a national land strategy. As the limitations of the current development model have been noted, we refer to the analyzes of national sector strategies carried out by several organizations to draw lessons for the land strategy.
A review of international experiences will also be conducted to infer good practices from an African perspective in the field.

In November 2017, the head of the government announced to parliamentarians the launch of the national land policy project. In the wake of a call for tender was launched by MCA-Morocco in the framework of the Compact II of the MCC, and its improvement component of governance and productivity of land. The call for tenders following the 2016 call for proposals aims to prepare and implement the land dialogue. The November 2017 call for tenders was declared unsuccessful. Following which the Social Economic and Environmental Council (CESE) was seized by the head of government for an opinion on the national land policy.

It is also necessary to recall the role of the Permanent Ministerial Committee on:

The EESC findings, the Court of Auditors’ assessments and the OECD analyzes raised the issue of coherence, governance and monitoring / evaluation of national sectoral strategies. Already in 2012 Prof. N. Akesbi had made this observation:

“Remains that, at a more general level, the PMV is in line with the sectoral plans committed in Morocco since the early 2000s. Since the abandonment of planning – futelle indicative – 60-90 years , the country is content with simple sectoral plans draped with evocative names such as “Azur” for tourism, “Emergence” for industry, “Rawaj” for trade, “Halieutis” for fishing, and “Green Morocco” for Agriculture … Developed under the same conditions and with the same state of mind, all these plans suffer from similar problems and lend themselves to almost the same criticisms. Moreover, realized without concern for coordination and thus ignoring each other, the big problem today is that of their coherence.

Almost all sectoral strategies have been developed using the same approaches by consulting firms selected following calls for tenders. In the absence of an independent evaluation, it is currently difficult to determine the responsibilities between the project owners, project owners, AMO and other stakeholders, in the observations noted above. The following recommendation from the Court of Auditors to the Ministry of Tourism should appeal to all ministerial departments that use external expertise and consultants:

The choice was made on Malaysia and Rwanda because of the availability of sufficient documentation.

Lessons from an assessment of land governance in Malaysia by the World Bank include:

The choice of Rwanda is explained by its ranking in the Doing Business, particularly with regard to the transfer of ownership. The work done by Rwanda in this area and in good governance in general is remarkable, as evidenced by various international reports and rankings.

The land reforms in Africa, mobilized and continues, several of the external supports of the bilateral cooperation (Germany, England, France, Canada, Switzerland, USA …) and multilateral (World Bank, African Bank, UNDP ….). Studies are available on land reforms in the different sub-regions of Africa: Southern Africa, Central Africa, East Africa, West Africa and North Africa. In the case of Morocco, for example, the CIDA / ANCFCC project for a general cadastre in Morocco.

With the launch of the Land Policy Initiative in Africa (LPI), which has become SALW again, cooperation on land issues with an African perspective is being put in place. For our purposes, we will focus more particularly on inter-African cooperation in this area, especially as Morocco is committed to intensifying its cooperation in Africa, as reflected in several joint projects and its application to join ECOWAS and the creation of a delegated ministry for African affairs.

In what follows we focus on the following countries: Cameroon, Ivory Coast, Guinea, Mali, Mauritania and Senegal. LGAF analyzes are available for these countries, as well as VGGT actions for a few. It discusses the proper use of available frameworks and approaches: Follow FP guidelines for the process, Current Situation Analysis by LGAF, and project the target situation with VGGT. The choice of these countries can be explained by one of these considerations: Existence of public sector or Moroccan private sector interventions, agreements between national IGTs, member countries of NELGA North Africa. The national land strategy could benefit from analyzes of the approaches that have guided the formulation and implementation of national sectoral strategies, and thus avoid many pitfalls that have tainted and criticized them. Good international and regional practices are also there to mark out a project that could benefit sustainable development. This includes good land governance, integrating innovative ICT and geospatial solutions, in an inclusive and open approach, taking into account emerging issues. All to meet the needs of people and investments, ensuring tenure security and continuity of land rights and property.

In this sense, the land strategy should link with other sectoral strategies, build on the Digital Government program, and take into account the need for National Geospatial Data Infrastructure. The consequent land administration systems must aim at reliability, transparency and response to the needs of users.