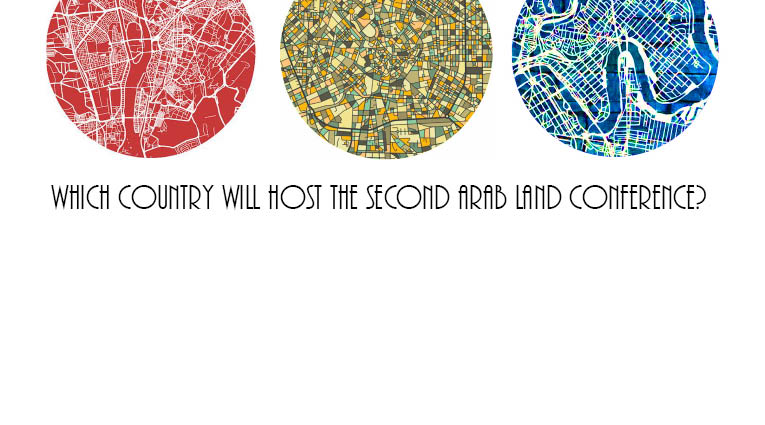 Hosted by the Emirate of Dubai, UAE, the First Arab Land Conference took place on the 26-28 February 2018 and was co-organised by the Dubai Land Department, the Global Land Tool Network, UN-Habitat, the World Bank, the League of Arab States and the Arab Union of Surveyors. The conference marked a significant success and was attended by over 300 delegates from government delegations, land professionals, academia, civil society, women groups private sector, real estate developers and international organisations. The conference’s sessions tackled land issues in the Arab states from new and diverse perspectives and highlighted three key topics: access to land for sustainable business and investment; land and conflict; and women’s access to land. More information about the conference can be found at the Arab Land Initiative Portal

The Steps Towards the Second Arab Land Conference

A declaration emerged from the First Arab Land Conference, paving the road for future collaborative action on land governance and land administration including the organization of an Arab Land Conference every two year, to be hosted by a different Arab country each time. The secretariat for the Arab Land initiative, hosted in the interim by the Global Land Tool Network and composed by a multi-stakeholder team including the World Bank, the Dubai Land Department and additional members, will support the selection of the host of the Second Arab Land Conference and the organisation of the event.  These Guidelines aim at providing guidance to the governments / countries interested in hosting the next Conference outline requirements and criteria for selection and can be found here.

How to submit the Expression of Interest to host the Conference

Countries interested in hosting the second Arab Land Conference should submit a letter signed by a relevant government representative to the main conference organizers Global Land Tool Network /UN-Habitat and the World Bank (see details in the Guidelines).Expressions of interests should be received by the end of 2018, to allow a decision to be made by the 31 January 2019.