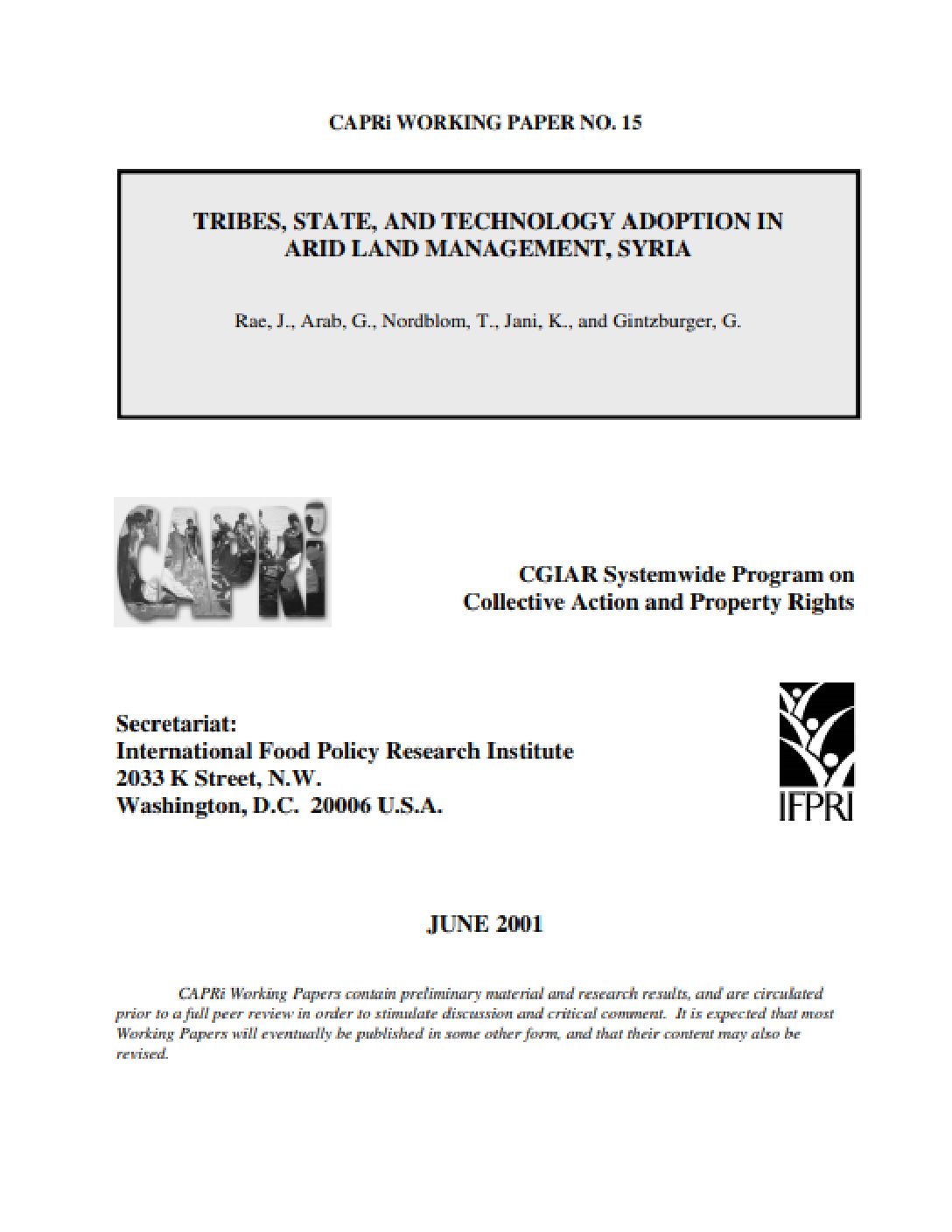 Arid shrub-lands in Syria and elsewhere in West Asia and North Africa are widely thought degraded. Characteristic of these areas is a preponderance of unpalatable shrubs or a lack of overall ground cover with a rise in the associated risks of soil erosion. Migrating pastoralists have been the scapegoats for this condition of the range. State steppe interventions of the last forty years have reflected this with programs to supplant customary systems with structures and institutions promoting western grazing systems and technologies. Principal amongst the latter has been shrub technology, particularly Atriplex species, for use in land rehabilitation and as a fodder reserve. This paper deconstructs state steppe policy in Syria by examining the overlap and interface of government and customary legal systems as a factor in the history of shrub technology transfer in the Syrian steppe. It is argued that the link made between signs of degradation and perceived moribund customary systems is not at all causal. Indeed, customary systems are found to be adaptive and resilient, and a strong influence on steppe management and the fate of technology transfer initiatives. Furthermore, developments in rangeland ecology raise questions about claims for grazing-induced degradation and call for a reinterpretation of recent shifts in vegetation on the Syrian steppe. Given the ineffectiveness of past state interventions, and in view of renewed understanding of customary systems and rangeland ecology, decentralization and some devolution of formal management responsibility is likely to be a viable and an attractive option for policymakers.