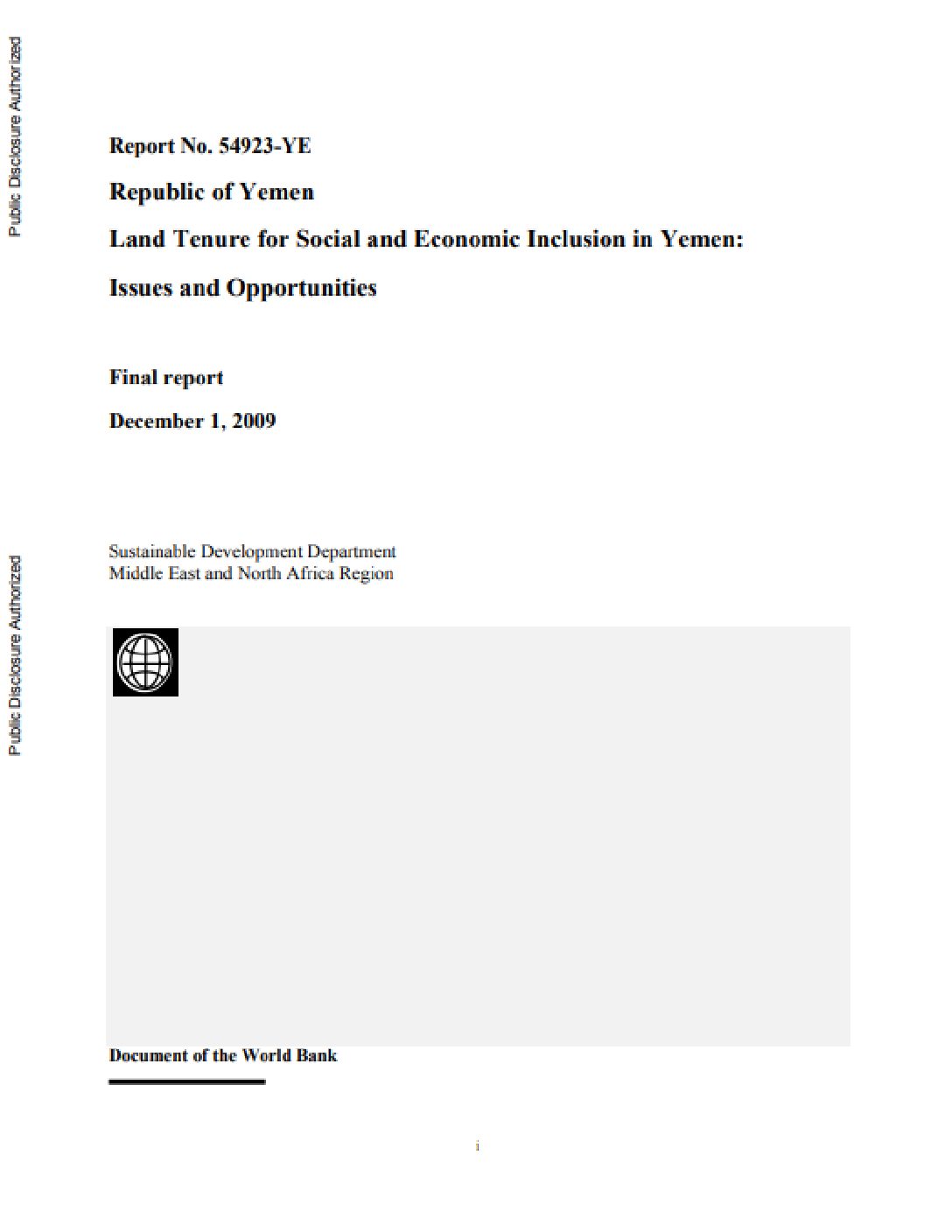 The report, Land Tenure for Social and Economic Inclusion in Yemen: Issues and Opportunities was completed in December 2009. The report addresses the problems of land ownership in Yemen and the various social and economic problems associated with the system of land ownership. Property rights under Yemeni Law are expressed both in custom and statute, but both are informed by shari a (Islamic law), which provides the basic property categories for land in Yemen. There are unfortunately no reliable official statistics for the amount of land within these categories, or how much arable land (a small percentage of total land area) falls within each. It is clear however that certain groups suffer from disadvantages in accessing land and land rights. Daughters are disadvantaged by shari a rules which limit their inheritance shares to only half that of a son. Youth, unable to inherit until the demise of their parents and lacking the capital to buy land, lack access to land and other employment opportunities, which endangers social stability. There are occupational castes (artisans) who are discriminated in land holdings and ethnic minorities, former slaves and immigrants from East Africa, who lack access to land, and especially land ownership, limiting them to the most menial labor.

LAND, PROPERTY, AND HOUSING IN SOMALIA
Land resources information systems in the Near East
Comment