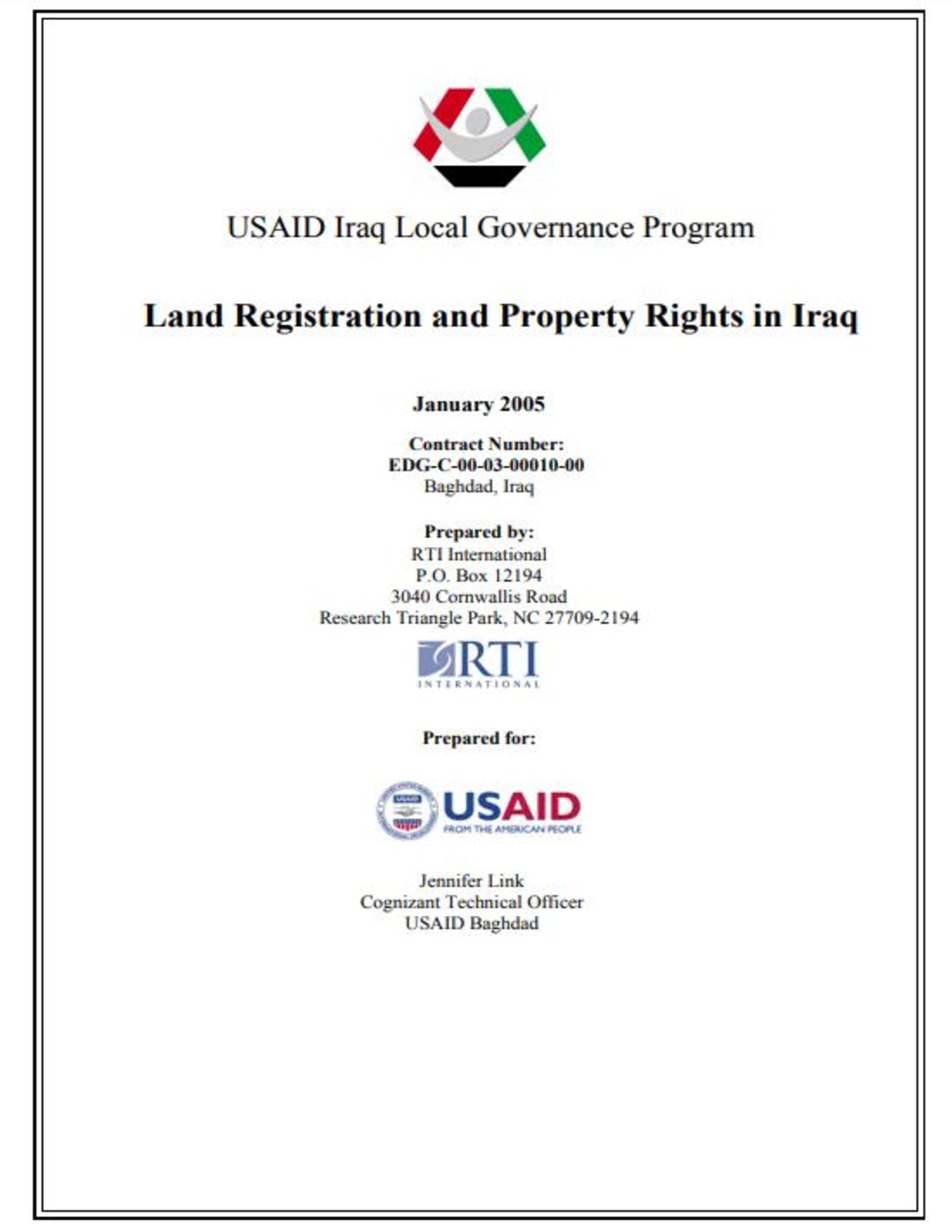 The purpose of this report is to examine the background and current status of land registration in Iraq with a view to making recommendations for change that would encourage local empowerment and economic development.

Land registration and property rights in Iraq have deep historical foundations reaching back to the Hammurabic period. However, the current land registration system owes more to the 400-year Ottoman occupation of Iraq and the subsequent interval under the British mandate. Under these regimes, land policy was self-serving and designed to maintain and reinforce the existing political power. This was done through the allocation of land to influential individuals who supported the incumbent regime. This policy led to large accumulations of land and an agricultural economy based on poor peasants who had limited rights of tenure. During the early Ba’athist period, under a socialist ideology, large-scale land reform was implemented in the rural tribal areas. Under this reform, limitations on the size of holdings were enacted in law, and collective ownership of property and means of agricultural production were made possible. The results of that land reform remain in place.