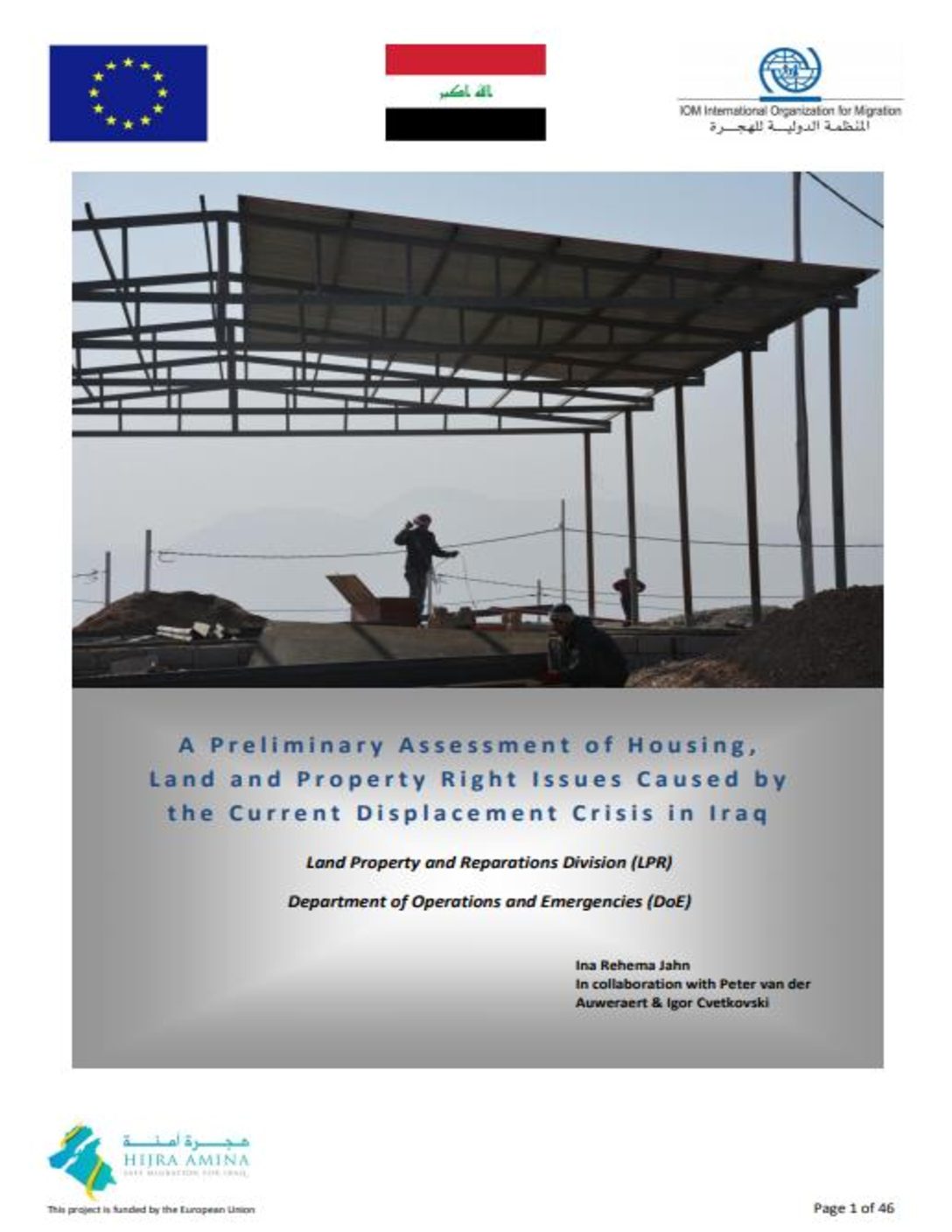 This report, produced by the IOM Land Property and Reparations (LPR) Division under the EU funded Hjira Amina Programme implemented by IOM Iraq, presents the findings of a 3 month preliminary assessment into the extent and type of housing, land and property (HLP) right violations committed by the so-called Islamic State in Iraq and the Levant (herewith ISIL) and associated groups3 in Northern Iraq since December 2013.

The findings presented in this report are the outcome of 20 focus group discussions (FGDs) with 240 Internally Displaced Persons (IDPs) in 6 locations covering the Kurdish Region of Iraq (KRI) and Central and Southern Iraq between December 2014 and February 2015. The main findings bring to light the widespread extent and scope of HLP destruction and confiscation in all territory seized and controlled by ISIL and associated groups.

Country Study on Status of Land Tenure, Planning and Management in Oriental Near East Countries – Case of Lebanon
Displacement, housing, land and property and access to civil documentation in the south of Syria
Comment